Rev: An AI-powered platform to find your ideal prospects, faster.
Sign up for our newsletter! 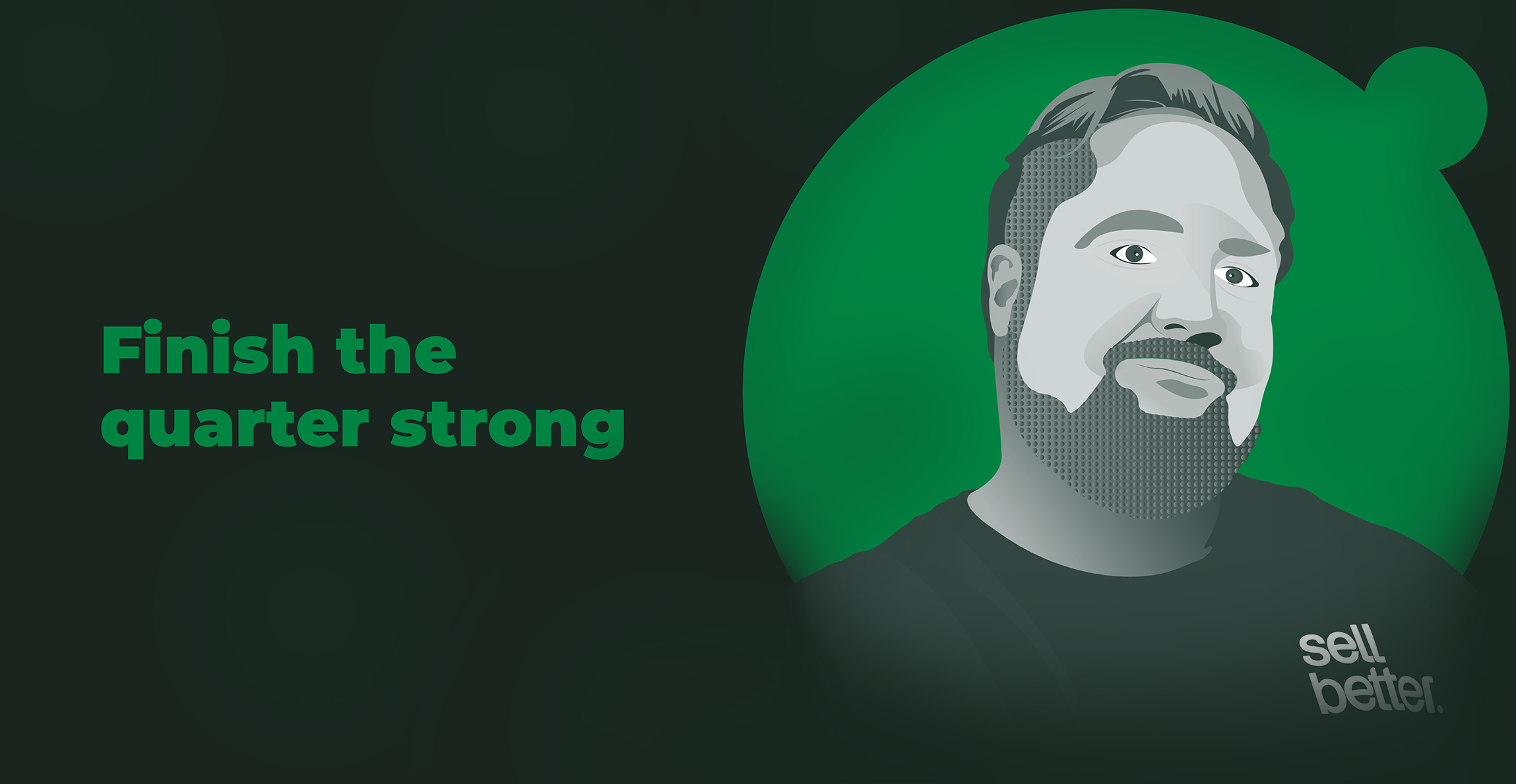 For most companies, Q4 is the largest forecasted quarter of the year. It’s also a short quarter—not only because it’s cut short by the holidays, but because sales teams often stare down the business end of unmet quotas and unclosed deals.

These realities are connected, says sales guru James Buckley: “The reason why Q4 is often the most forecasted quarter, the biggest quarter, is because sales reps have been bullshitting their numbers the entire year. What they’ve actually produced is not what it should be, and they’re in danger in most cases.”

James knows his stuff: as a member of the Sell Better by JB Sales team, he’s dropping knowledge daily to elevate the sales profession.

He recognizes that the end of the year tends to exacerbate a development team’s worst habits. We all feel the pressure to close deals and meet targets by the end of Q4. So James offers perspectives on how to convert our worst practices into solid ones that actually improve our chances not only of closing deals—but of closing quality ones.

His Q4 tactics bear fruit all year round, but are particularly beneficial to teams looking to maximize these final weeks of the year. These best practices apply just the same throughout the year for round-the-calendar pipeline health. And they go beyond prospecting to closing deals and coaching SDRs for continued growth and effectiveness, setting up sales teams for next year’s success—now.

Sales teams proactively discount all the time in order to close deals under deadline, and James finds the practice distasteful. “When you do this, you essentially say to the prospect, ‘I knew this wasn’t worth what I was charging you to begin with, and now I’m validating and confirming that by telling you that I can do it for this cheaper price,’” he says.

Instead of proactively discounting prospects, add value for them (and incidentally for your org) instead. For example:

Instead of fabricating urgency—create connection

Creating urgency happens consistently throughout the year, but it gets epidemic in Q4. “This thought we can create urgency where there is none—this is a myth,” James says.

Of course, real urgency helps close deals. He points to John Barrows (of JBarrows Sales Training) teaching that we can uncover urgency rather than fabricate it. But what if instead of dealing in urgency, we dealt in connection?

James points to video as a powerful (and underutilized) tool for personalizing communication and connecting with prospects.

“Oftentimes we get bogged down in prospecting with video,” he says. “We think it’s only useful for prospecting.” But if you’re trying to close a sale, send a quick video and walk the prospect through whatever stage you’re at or whatever documents you’re sending.

These videos don’t have to be polished productions. But they are personal. They are ways to say you put in the time to make and customize the process for a prospect. And it opens dialogue—whether the prospects simply appreciate it, or they want to clarify some things, which just earns you another phone call.

“These are great ways to start getting them thinking about moving forward,” James says.

Instead of prospecting only new contacts—dig for CRM gold

So the legwork is done. Now’s your chance to throw your hat back in the ring.

“Ask, ‘Did you ever find a solution?’ That is a simple email to send out to your closed lost opportunities, and you might have some that get back to you and say ‘No, we’re still looking,’” James says. Then you use the magic language (presuming it’s actually true): “A lot has changed on our end—I’d love to connect and show you some stuff.”

If things actually have changed in your features or services, this is worthwhile to discuss with them. And if not, it’s still possible your prospect—having failed to find the right solution—will see yours as the best available solution and sign up before end-of-year. After all, decision-makers need to do the things they’re held accountable for: if you can provide solutions and situation improvement with the least effort on their end, they’re more apt to talk with you.

You just have to rekindle the conversation.

Final thoughts: Instead of just pushing for immediate wins—coach for next year’s Q4 wins

SDRs aren’t alone in feeling the pressures at the end of Q4. Leaders are ultimately responsible for the team’s numbers. So the temptation is to sideline everything but sprinting over the finish line, and to save everything else for Q1… or Q2… or Q3… and then you’re right back in the same boat next year.

James believes that more involved coaching is part of achieving immediate Q4 progress—while simultaneously setting up SDRs for a better Q4 next year.

TL;DR? Great leaders never stop leading, even when end-of-year concerns start full-court pressing. It’s back to ABC for James: “Always be closing, yes, but always be coaching too.”